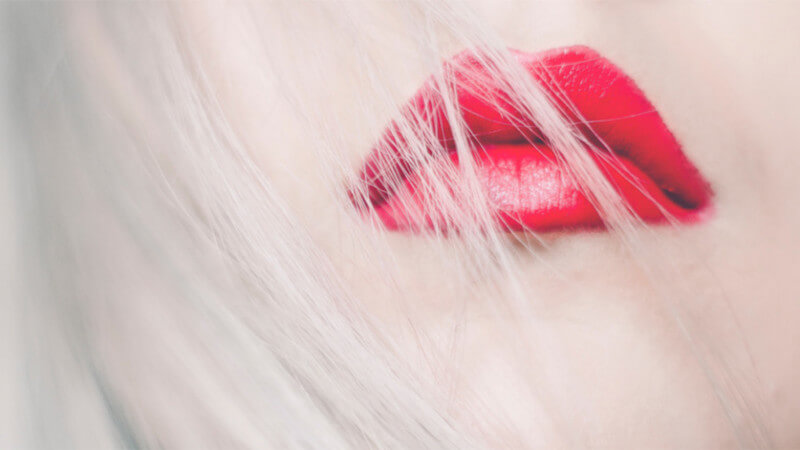 5 Warning Signs Before an Affair

The sight of the Sweet Psalmist of Israel leering at Bathsheba from his rooftop must have been enough to make angels sit down and weep. How could the man with a heart after God stoop to such debauchery? It can happen more easily than you might think.

David had a unique hunger for the Lord from the time he was a young boy tending sheep in the wilderness. His spiritual appetite intensified as he spent time with Samuel and deepened during his years of running for his life from Saul. Undoubtedly, David was hitting his spiritual peak when he became king at the age of 30. Yet, within 20 years, he had committed the unthinkable: he had lured Bathsheba into adultery and had her husband killed. What a tremendous blow this was to the Kingdom of God!

How could it happen? The same way it can—and does—happen to 21st Century Christian leaders. There were clear warning signs long before David committed his wicked deeds—warning signs that we too would be wise to watch for.

By the time he was in his forties, David had experienced the depths of God, penned most of the Psalms and led Israel to great victories. All the while he was headed straight for disaster. He couldn’t see it coming because he—like many natural leaders—had been blinded by a sense of invincibility. Some, who have lost sight of their need for God’s daily grace, boast, “I will never fall!” However, the apostle Paul strictly warns, “Take heed.”

In my 30 years of helping men find freedom from sexual sin, there are certain red flags I have learned to watch for regarding those in ministry: prayerlessness, pressure, prosperity, pleasure and power.

It seems that the dangers and spiritual hunger that had kept David pressed into the Lord in his younger years were gradually replaced by a sense of satisfaction and security. Though no outward lack of godliness was visible, we can easily suppose that his inward panting for God’s abiding presence began to diminish. Consequently, over time he lost his intimate connection with God.

<pull-quote>Those who stay at the feet of Christ are not nearly as susceptible to sexual temptation as those who do not.<pull-quote><tweet-link>Tweet This<tweet-link>

In my years of helping fallen pastors, I have never had to minister to a “Mary,” but I have dealt with many “Marthas.” In other words, those who stay at the feet of Christ are not nearly as susceptible to sexual temptation as those who do not. Paul said, “If you walk in the Spirit, you will not fulfill the lusts of the flesh.” (Galatians 5:16) The sensuous and seductive atmospheres that the enemy creates are very intoxicating to those who allow the busyness of ministry to crowd out their time with God.

Jesus helped Martha to see that, while her intentions were noble, her efforts were misplaced. He told her, “Martha, Martha, you are worried and bothered about so many things; but only a few things are necessary, really only one, for Mary has chosen the good part, which shall not be taken away from her.” (Luke 10:41-42)  Corrie Ten Boom also once warned, “Beware of the barrenness of a busy life.”

God used David’s leadership to usher the nation of Israel into its most prosperous and powerful period ever. However, as his government and military grew, so did the degree of his responsibility. The crushing weight of high-intensity leadership tends to drain a person’s spiritual vitality—often at a time when he needs it most!

Many Church leaders face the same kind of stress today, which can be a setup for disaster. Scripture offers the solution when it says to, “put on the Lord Jesus Christ, and make no provision for the flesh in regard to its lusts.” (Romans 13:14) Those in top positions, burdened under countless concerns, desperately need the abiding presence of Christ.

How dangerous it is to seek relief from stress by turning to the world! Making provision for the flesh literally means to provide for its sustenance—to keep it alive and healthy. For example, this is what the believer who watches television does to himself. Let’s face it; most TV programming nowadays is the enactment of all of the deeds of the flesh and does far more to corrupt than to edify. What may begin as a means to relax, entertain or unwind will almost inevitably lead to a quenching of God’s Spirit and a downward spiral spiritually.

The great sacrifices David made for the Kingdom of God during his early years by no means went unnoticed by the Lord. When He confronted David through Nathan, God told him, “...I gave you the house of Israel and Judah. And if all this had been too little, I would have given you even more.” (II Samuel 12:8 NIV) For 20 years David reaped the bounty of God’s goodness to him. Unfortunately, that very prosperity led him into years of self-indulgence, which in turn left him spiritually weak and vulnerable.

<pull-quote>...prosperity led him into years of self-indulgence, which in turn left him spiritually weak and vulnerable.<pull-quote><tweet-link>Tweet This<tweet-link>

I doubt if there is anything that brings more joy to the Father’s heart than to bless those who have shown their faithfulness to Him through years of hardship. Those who have risen through the ranks of Church leadership are often compensated for their efforts monetarily. This is as it should be, for the Bible says, “The laborer is worthy of his wages.” (I Timothy 5:18)

I believe the purpose behind this injunction is that the extra finances afforded to the minister will allow him to be freed from some of the petty concerns of daily life so that he might be able to give himself more thoroughly to the work of God. However, there is always an inherent danger with wealth, as it tends to diminish a person’s reliance upon God. Furthermore, a man who has money has more opportunity and ability to become involved in immoral activity.

David’s prosperity and prominence allowed him to lavish himself with pleasure. No wonder then that when he saw Bathsheba, he had no inner strength to withstand the temptation to take her for himself.

This should be a subject of grave concern for any modern-day believer since Paul warned that in the last days many would be “lovers of pleasure rather than lovers of God; holding to a form of godliness, although they have denied its power…” (II Timothy 3:4-5)

<pull-quote>The person who becomes addicted to pleasure and entertainment might find himself at extreme risk to sexual temptation.<pull-quote><tweet-link>Tweet This<tweet-link>

Kept in the right perspective, pleasure has its proper place in life. However, when gratification becomes overly important in one’s daily existence, it not only corrodes one’s spiritual life, but it eventually chokes out everything that is wholesome.

Pornography and illicit sexual activity are merely forms of extreme pleasure. Therefore, the person who becomes addicted to pleasure and entertainment might find himself at extreme risk to sexual temptation. The apostle Paul spoke of those who are “enslaved to various lusts and pleasures.” (Titus 3:3)

The old adage is true: “Power corrupts and absolute power corrupts absolutely.” David’s life proves that everybody is susceptible to the hideous, subtle influences of pride. It is very easy for the person who is reveling in the limelight of fame to become inflated with feelings of self-importance. This is a slippery slope that often leads to a fall. (Proverbs 16:18)

Perhaps King David thought he deserved Bathsheba, that she was a just reward for a man who had given so much to Israel. And herein lies the danger of prominence: even the minister who begins his work serving the needs of others can arrive at a place where he sees himself as being so important that they should meet his needs. In other words, he has gone from seeing himself as a servant to that of a master.

Alexander MacClaren once said, “The humble mind thinks not of its claims on others, but of its duties to them.” One of the reasons a Christian leader will fall into sexual sin is that he has lost his sense of stewardship and his responsibility to the public to live above reproach. Once this has occurred, he is only one step away from disaster.

<pull-quote>Herein lies the danger of prominence: even the minister who begins his work serving the needs of others can arrive at a place where he sees himself as being so important that they should meet his needs.<pull-quote><tweet-link>Tweet This<tweet-link>

David’s life was never the same after his great moral debacle. The remainder of his life was marked by hardship, adversity and more failure. This is always the case when a man falls into horrible sin after reaching a position of great influence over God’s people. James ominously warned, “Not many of you should presume to be teachers, my brothers, because you know that we who teach will be judged more strictly.” (James 3:1)

One prominent radio preacher who fell into sin shared the following with me: “There are simply no words to describe the pain and agony my wife and I went through during the weeks, months, and years that followed. Not only were we rejected by those we considered to be our friends, but both the elders and the entire staff of the church refused to have any contact with us whatsoever. Yes, indeed, my ministry was shattered as a result of my own foolishness.”

Christian broadcasting professionals have been given a tremendous opportunity to positively impact the spiritual lives of millions of people for the glory of God. But with this wide-open door comes a grave responsibility to uphold that stewardship with integrity of heart and an undying passion for Christ.

Perhaps the words of my friend who has suffered so much from his one mistake will serve as an appropriate conclusion: “I hope you will carefully consider my words. If I have to drive a truck for a living, I’ll spend the rest of my days warning men about the dangers of lust. Gentlemen, please be very careful!” 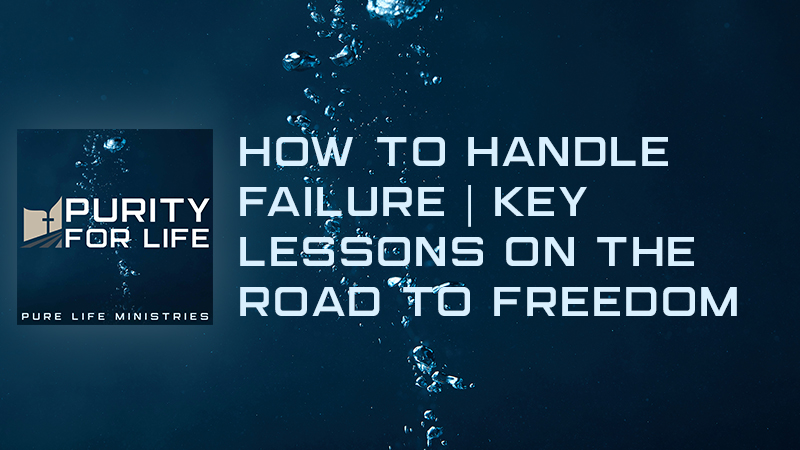 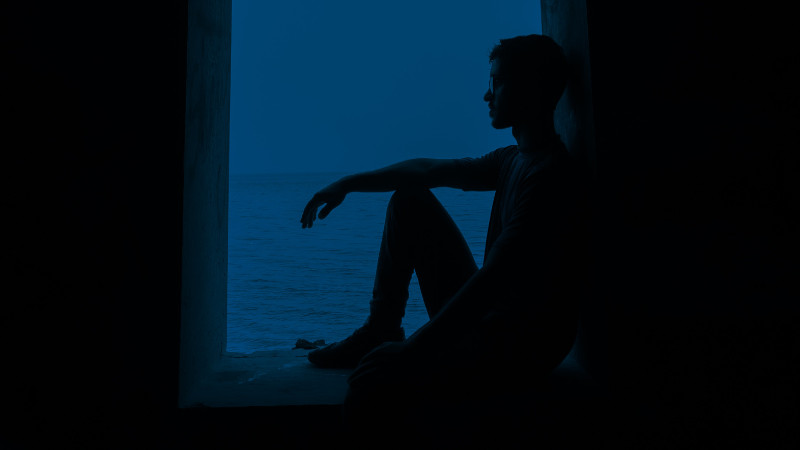 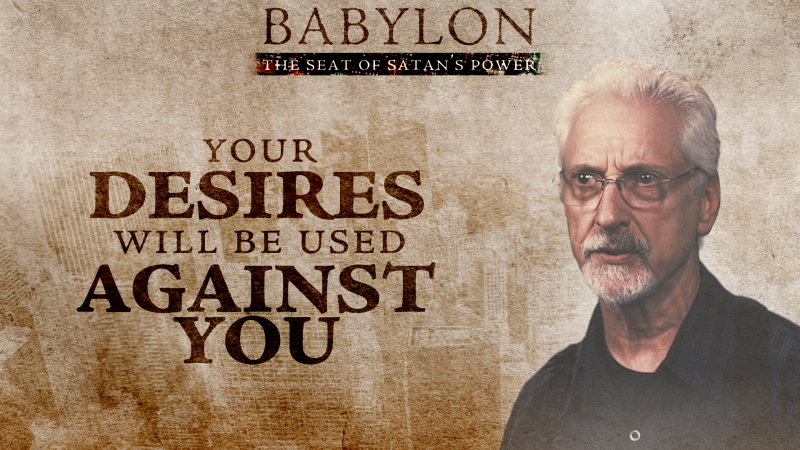 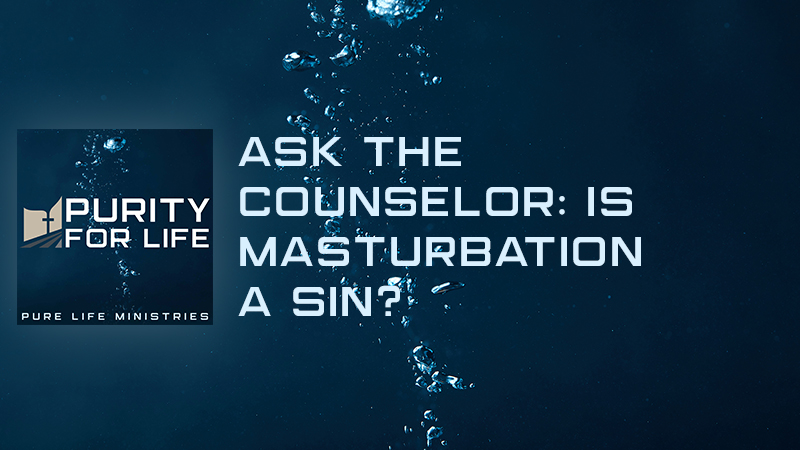