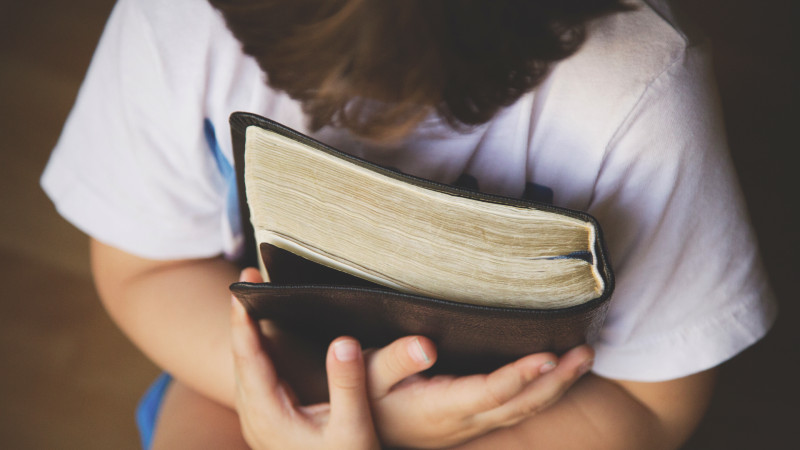 In this interview, Jeff Colon, talks to us about how to deal with the difficulties of counseling young people, specifically those who have been abused. He gives us insight on how to help them in a way that is founded in biblical truth, and not in man’s wisdom.

Mike: Today, we want to talk about an issue that I know is difficult for some people to hear about but is an increasing problem. We are going to be talking about how one can help children who have been molested. How much of a problem is child molestation today?

Mike: Well, I have to imagine that not only do the issues go deep, but these issues they're dealing with can go on for years. As a counselor, how do you begin to deal with those kinds of issues?

Jeff: If a counselor comes across a situation where a child is being abused, the first thing they should do is find a way to stop the abuse. Research studies have shown that 60% of children that are abused experience repeated abuse. It's very important to take quick action so that the abuse ceases and that it does not happen again.

Mike: As counselors we of course recognize that there are legal requirements. If you become aware of molestation, it must be reported to the authorities. What are some of the physical ramifications of abuse that you might have to deal with as a counselor?

Jeff: If there is a suspicion, or it has come out that there definitely has been molestation, the child should be brought in for a physical examination, because sometimes things occur. I've come across instances where a mother has told us of a child that is experiencing bleeding, and in that case it's very important to go to a doctor, because you never know what kind of damage might have been done. It's also important that the child receives proper medical treatment if they have experienced any sort of bodily harm.

Mike: As you bring up the subject of them needing to receive a physical examination, I'm just thinking about all the different things the abused child must go through. The legal ramifications, the family relationships, and all the other things that this child is going to have to go through in the beginning of this process unfolding. What's your responsibility as a counselor and how can you help them get through that?

Jeff: In many cases, the courts are involved, and a child immediately faces many kinds of emotions and feelings. Sometimes feelings of guilt, because the abuser is a father or relative and they know that person is in trouble. They also may struggle with this as they're all of a sudden attending court proceedings. This may make the child feel as if they have done something wrong. If the perpetrator is sent to jail, the child needs comfort and reassurance of their safety.
Sometimes they're dealing with fear that this person is going to get out of jail and is going to be able to hurt them again. You want to be honest with them that there is a possibility of this person getting out at some point, but also assure the child that they will be protected. You want to help them deal with all the different kinds of things that they're going to be facing throughout the process, because there are going to be a lot of things that they do not understand because of their age.

Mike: I'm assuming there will be some kind of ongoing counseling as well. What are some of the things that you want to accomplish as you continue this process with a child?

Jeff: Well, initially the counselor must realize that this child has been damaged emotionally and they do not trust adults. You must establish trust with this child if you're going to be able to help them. That’s something you're going to have to work for diligently. It's good to demonstrate love to that child, but if you want to give them a hug or something, it's best to ask them permission first. You don't want to quickly invade their space that they're probably protecting, but you do want to let them know that you love them and begin to build their trust immediately.

Jeff: A wise counselor will have a balance of love and authority. In any kind of counseling situation, the counselor must be in control of the counseling session. If that counselor allows the child to control things, they're never going to be able to help them. It's a fine balance, but the child does need to understand that they do have an authority that they need to submit to. If you're showing them love and you're gaining trust I think establishing authority isn't going to be a problem, but it is something that the counselor needs to consider.

Mike: Why is it so important for this child to establish a respect for authority?

Jeff: We want to help this child deal with this situation the way God would want them to deal with it. We want to help them deal with it biblically. If you establish an authority and there's an understanding that they're going to have to do things God's way, then you're going to be able to help them with the different issues that they're dealing with. For instance, fear is probably one of the most common things that these children are dealing with. They are either dealing with the idea that someone is going to harm them again, and they can even get obsessed with the idea that this is going to happen again. Or they have continuous suspicions that people are thinking about them, which causes them to become obsessed with themselves and as a result they live in constant fear. We want to help them see that preoccupation with themselves is not pleasing to God.

Mike: As you're saying that, I'm seeing a huge difference between approaching a situation like this from a psycho-therapeutic perspective as opposed to a biblical counseling perspective.

Jeff: Yeah, absolutely. I would say a psycho-therapeutic way of dealing with this kind of issue would be to focus on their emotions and to make it all about them, whereas we want to get them out of themselves. We want them to get their eyes on their source of hope, which is God. We want them to look at things through His perspective.

Mike: That must throw a whole different perspective on the anger that these children must be experiencing very often.

Jeff: Exactly, some counselors might tell them it's good to be angry and might even encourage them to vent their anger. A biblical view would teach them that anger is not pleasing to God. It's not right to return evil for evil. Forgiveness is the way to freedom. It's very important that a counselor teaches a child to handle their feelings in a biblical way.

<pull-quote>Forgiveness is the way to freedom. It's very important that a counselor teaches a child to handle their feelings in a biblical way.<pull-quote><tweet-link>Tweet This<tweet-link>

Mike: What about feelings of guilt?

Jeff: Well, there are two kinds of guilt, false and true guilt. We want to make sure that we have the wherewithal and the spiritual discernment to determine whether or not a child is experiencing false guilt. Are they feeling as though they did something wrong and that it was their fault that this happened? That's an obvious example of false guilt and we want to help them understand that they were not the cause of the problem.
True guilt may be where God is convicting them of their anger. Maybe they are angry at their mother because she didn't protect them. Maybe they are even angry at God for allowing this to happen to them. That would be an example of true guilt, which is called conviction. We should then help them alleviate that guilt by teaching them to do the right and biblical thing, which in this instance would be forgiving their mom and realizing that it was not her fault.

Mike: You know, Jeff, we never know who may be listening and reading to these interviews and there may very well be a young person out there that has been molested or there may be an adult out there who has never really dealt with past molestation. What word of hope or what word of encouragement might you have for those folks?

Jeff: What I would say to them that God hasn't turned His eyes away from them. He saw what happened to them and it grieved His heart. We live in a fallen world and bad things happen, but we serve a God that knows how to bring His purpose out of situations where we can only see horrible things. I've even heard my wife say, who went through her own issues because of my sexual sin towards her, that if she hadn't gone through what she went through, she couldn’t help hurting wives the way she does now.
I would just say to anyone out there that God has a purpose; God has a plan. He knows how to bring good out of every circumstance. If you'll trust Him and look to Him for the answers, He knows how to heal your heart. He knows how to comfort you. But He will also teach you how to bring comfort to others. I'm sure there are many people out there that need to know there is a God of comfort. There is a God that can heal any hurt that we have experienced. I just want to encourage you, if you're out there and you're listening, God sees you. He knows you. He has a way out for you. He can bring good out of your situation. 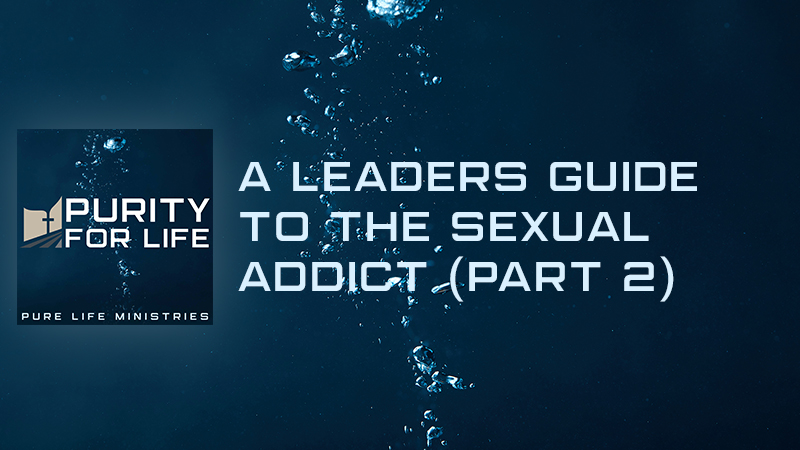 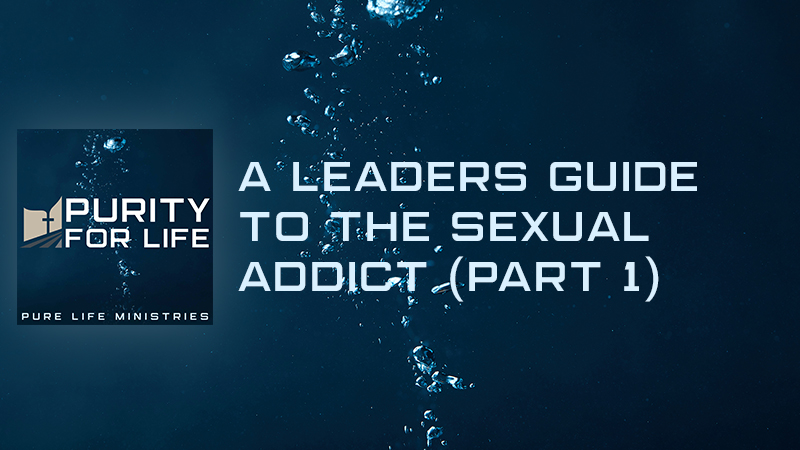 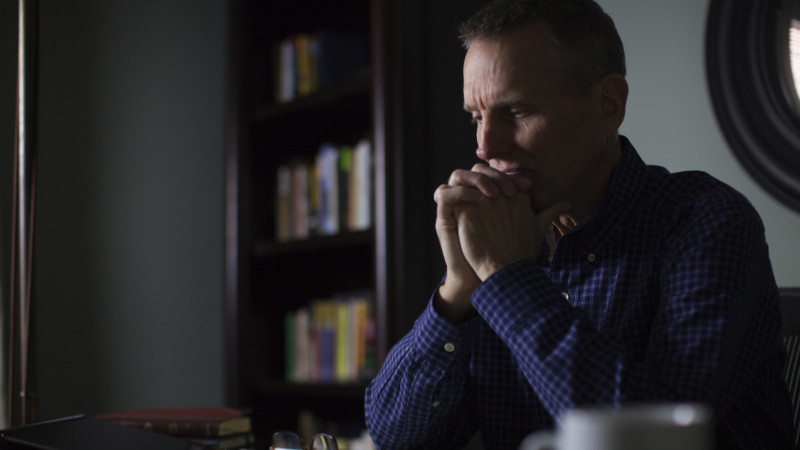 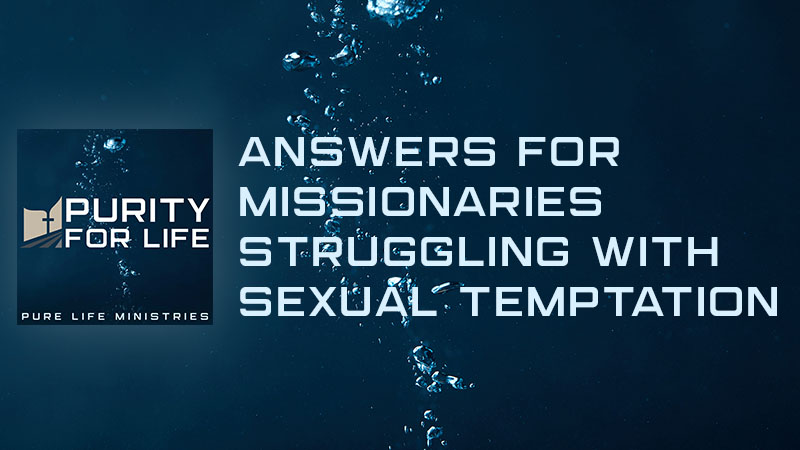