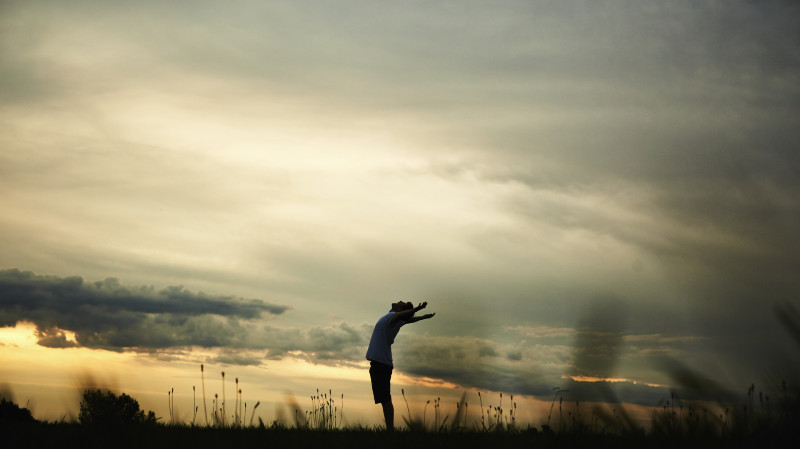 James 4:10 says, "Humble yourselves before the Lord, and He will exalt you.” Jeff and Mike wrap up our series on humility this week, discussing how that plays out practically in our lives.

Mike: We want to finish up our series on humility today, talking about it from the perspective of humility and exaltation. And I want to begin by giving an example of one of the things we deal with here at Pure Life Ministries and that is the issue of pride. Of course, we all have to deal with pride, but it's a big issue particularly for men that are coming out of sexual sin. That’s because pride is at the root of sexual sin. God tells us in dealing with pride that we need to do two things. First, He wants us to humble ourselves. Then He wants us to trust Him to lift us up. So that brings us to the question, how do we humble ourselves?

Jeff: One thing I want to say is that we cannot make ourselves humble, yet God still commands us to be humble. What this means is that our part in the humbling process is to get before God and accept, with gratitude, everything that God allows to come our way. We must do it whether it’s from a friend, an enemy or by natural means. And we must submit to it willingly. In other words, I must not resist what comes my way and God will do the rest. He will produce what only He can in our lives.

Mike: We talked about that in an earlier discussion in this series, using Paul as an example. He learned to be content in whatever circumstance God brought him into, because he learned that God was using it to humble him and give him a greater sight of who He was. Talk a little bit about what happens when we come to the place where we agree with God that we need to humbled.

Jeff: I see it most in situations where I embrace that someone has wronged me. Maybe I heard that someone said something about me. What I immediately start seeing in my response internally is that I have a lot of pride. So, immediately God starts showing you how much pride is in your life when you start looking at a situation and see how you're reacting to it. You start to see what's coming out of you during that trial and that's part of the process. We have to see where we are not humble so that we can repent of it and allow God to start producing His qualities in us.

<pull-quote>We have to see where we are not humble so that we can repent of it and allow God to start producing His qualities in us.<pull-quote><tweet-link>TweetThis<tweet-link>

Mike: It's almost the principle that things have got to get worse before they get better, because that's what it feels like. But really things aren't getting worse, our eyes are just being opened to how bad we already are.

Jeff: Yeah. And I can say it this way. It's all part of the refining process. The trials are like gold being refined in fire. And what happens when that fire comes? The impurities come to the surface. Most of the impurity which surfaces up in us is pride.

Mike: As we go through this refining process and we develop the habit of going through the fire instead of running from it, what begins to happen in our lives?

Jeff: Habit. And habit is actually a wonderful thing. I just wrote an article about that. God designed us to be creatures of habit. The more you do something, it almost becomes natural to you. I don't have to think about how I'm going to put my socks on in the morning or how I am going to brush my teeth. It's just something I can do without a thought. And the reason I can do those things so naturally is because I have done them so many times.
It's the same way with humbling yourself. The more you learn how to humble yourself and accept situations in your life, it just becomes natural to respond that way. But in the beginning, it's not like that. It's almost like we create a rut in our lives where pride is always getting in our way and now God is saying to us internally, “No, you need to humble yourself.” We have to step out of that rut and it’s not easy. But the more you resist the flesh and go in the other direction, it gets a little easier each time to humble yourself.

<pull-quote>The more you learn how to humble yourself and accept situations in your life, it just becomes natural to respond that way.<pull-quote><tweet-link>TweetThis<tweet-link>

Mike: I remember the early stages of my time going through the Residential Program. I almost had to go overboard in saying, “I’m wrong” and, “I don’t understand.” I had to just choose the lowliest position in every situation, because it was so unnatural to me to humble myself that I almost needed to jump start it in the beginning.

Jeff: Yea. Just like Paul tells us in 1 Timothy to train ourselves in righteousness. It literally is training yourself to understand how much pride you have and to see the need to humble yourself in different situations.

Mike: It doesn't always work out in the beginning. I remember when I learned to ride a bicycle and had training wheels, I was scared to death. I did not want my dad to take those training wheels off, because I knew what was going to happen. I was going to fall. And I did fall a few times. Then I'd stay up for a while, and then I'd fall a few more times. We are going to fail at this at first, but we have to get back up and just keep at it.
I only say that because I know how easily some of us are discouraged by our failures. And the enemy of course is right there saying, “Oh, look, see you didn't humble yourself. You can never do this. God's never going to have His way in you.” But it's not true. We just have to keep pressing in and trusting God to work it out in our hearts and our lives.

Jeff: And the reality of what it says in James 4:10 that if we humble ourselves, He will lift us up. That’s basically what you just shared. God sees us trying and He is there. And if we are willing to humble ourselves and we are cooperating with Him, He’s going to lift us up.

Jeff: In the natural when I think about the Scripture I just read in James, I picture myself being put on a pedestal and lifted up like a trophy. But really, it's the opposite of that. It's Jesus being lifted up in my life.  Jesus is exalted in our lives and we with Him in a sense are lifted with Him. It's a glorious thing.

Mike: Andrew Murray used an example of looking into a ray of light and seeing a speck of dust just floating in that light. And the positive way to see that is that we are that speck of dust. But look where we are. We have Christ living in and through us. What more wonderful place to become nothing and have Him become everything. For me, that was just a wonderful picture. I want to be a speck of dust in the glory of God.

Jeff: Here is one assurance we can have. It really is a wonderful thing that as we enter into that fellowship with Jesus and embrace our trials, while humbling ourselves through them, we can count on Him to do what He promises. There are two parts to that Scripture. If we humble ourselves, then He will lift us up. We need to hold on to that. Whether we're humbling ourselves before others, or God or whatever, we need to hold on to that promise. In the midst of that His power and His Spirit will rest on us and He will lift us up. That really is something we can be content in and rest in, knowing that God is going to be faithful to what He has promised us.

Mike: And in that He is glorified.

Jeff: Yes. Because God takes His rightful place inside of us and that is what I want. I want Christ ruling and reigning and His life to be lived fully through my life. That is the greatest desire of my heart. 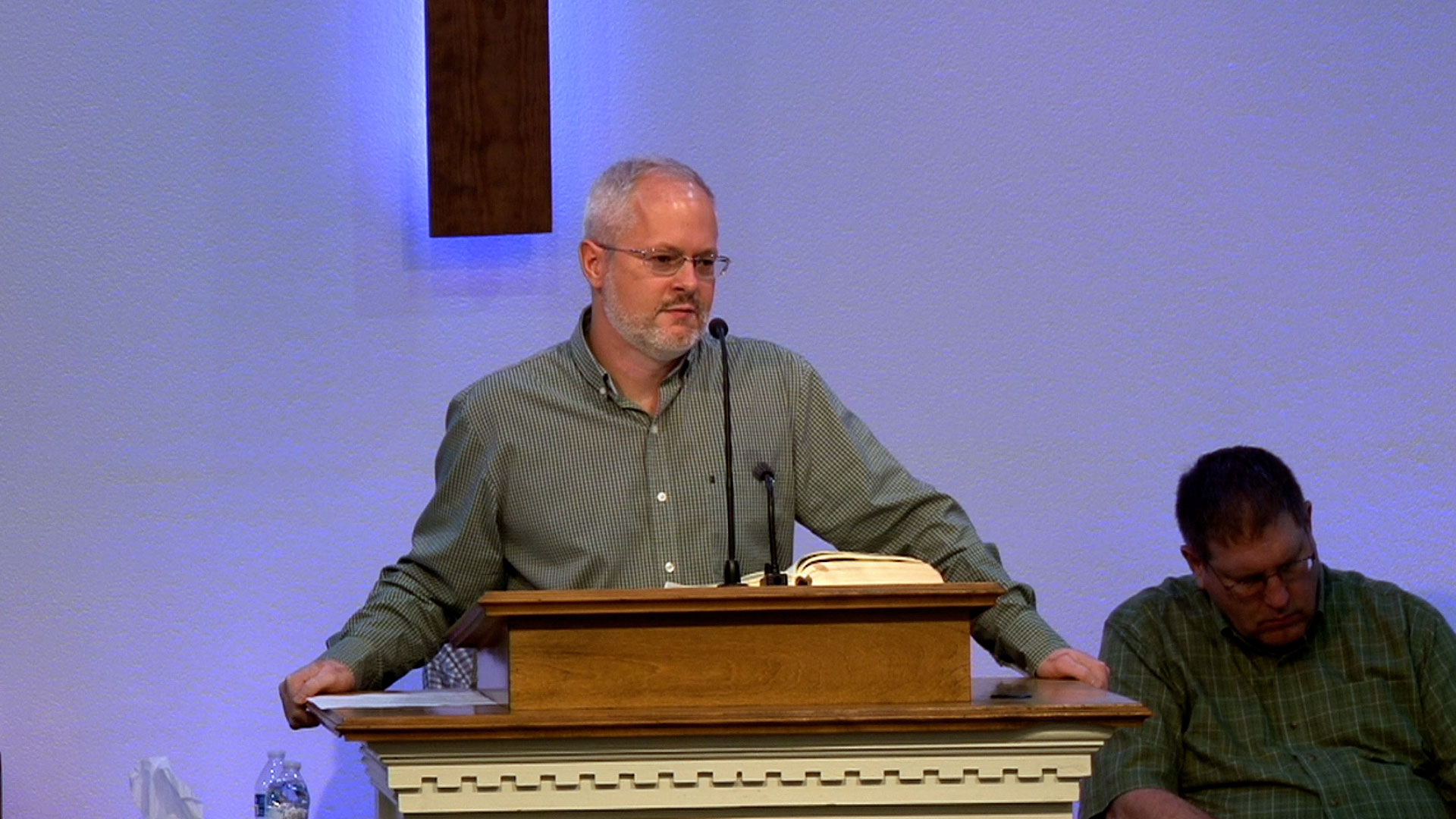 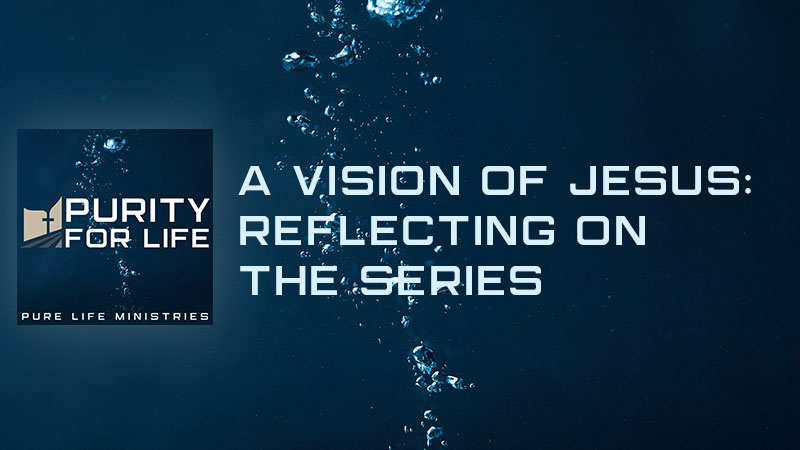 #489 - A Vision of Jesus: Reflecting on the Series
Purity For Life 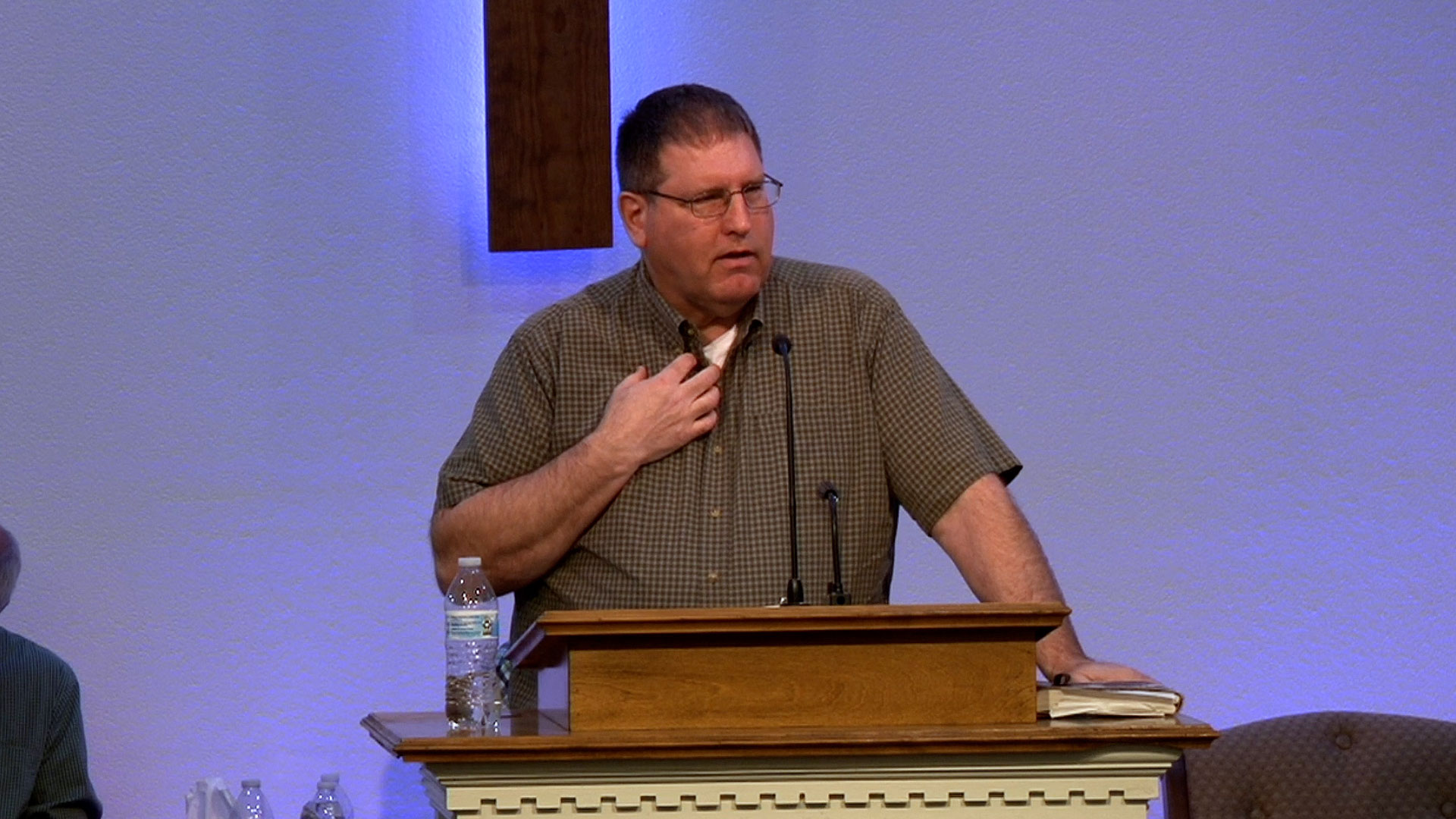 By His Stripes We Are Healed
Ed Buch 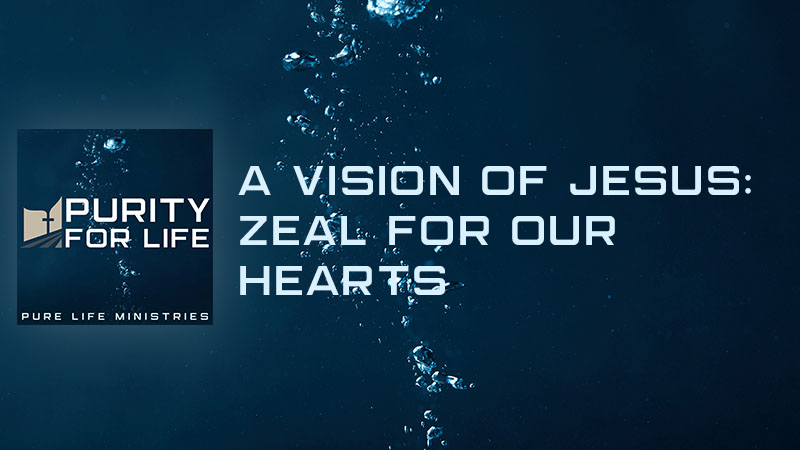 #488 - A Vision of Jesus: Zeal for Our Hearts
Purity For Life