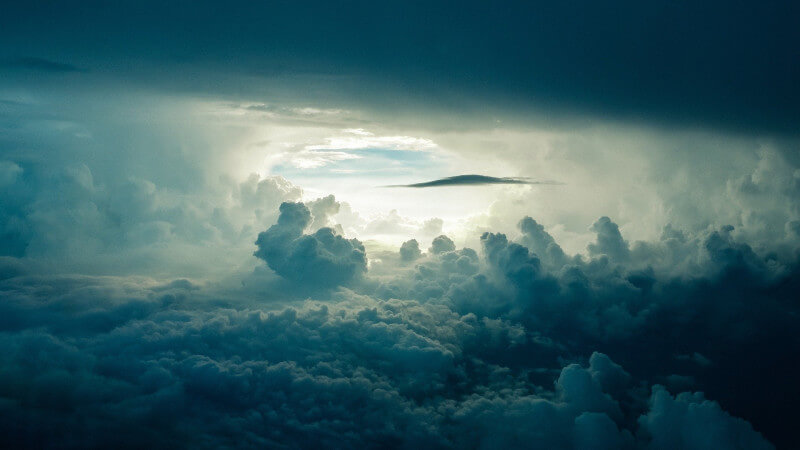 God's Anger is Meant to Save You

In this Interview with Pastor Steve Gallagher we discuss the anger of God, and how we can see God's goodness and mercy in the way He opposes the sin in our lives. (From Podcast Episode #441 - |Victory| Understanding the Anger of God)

Nate: One of the things that the Bible says about the Lord is that He is good and righteous in all of His ways. I know that there are some people who cynically look at the Old Testament, for example, and see stories—or pictures—of God's justice and His anger, and they use that as an excuse to say, "How could He be? How could He be good and righteous?" I've heard you speak very passionately about God's anger, His justice, His wrath, things that we might see at times as being more on the negative side of God's character.

But I've also observed that you don't have any struggle with believing that God is abundantly good, that He's yearning to pour out His love and His blessings on man. So, how is it you're able to hold those two aspects of God's character in your mind, without them contradicting each other?

Steve: To me there is no contradiction. But let me just say, the reason I preach so much about God's justice and His wrath and so on, is because it's not being preached in the church. Secondly, because my primary audience are people who are being dominated by sin. So those are very important subjects to address.

As far as the Lord is concerned, I know Him. I know Him, and I feel like I know Him pretty well, humanly speaking. He is good in all of His dealings. His goodness in Old Testament scripture is depicted as a perfect balance between truth and mercy. In the Old Testament, you see those pictures of God's justice and His wrath, and so on. But why? The reason that you see Him pour out His wrath on nations and people, is because there comes a point where He has to protect other people, and that is the mercy. For instance, what about when ruthless people were knifing pregnant women, and throwing babies against walls? That's the kind of typical stuff that would happen with the Assyrians, the Babylonians and nations like them. So, when the Lord brought judgement against those kinds of nations, it's because of His goodness. Because His heart is, "Okay, I can't let this continue on."

So that is very real to me. When I think about the Lord, He is pure goodness. Yes, He's got the side to Him that is just, but He is absolute pure goodness! What's in His heart is to do good to people all the time. However, one of our biggest problems is that we tend to think in the temporal, while God is always thinking about the big picture and the eternal picture. So, when He's dealing with, let's say believers, in certain ways, it's because He's thinking of what's good for them eternally. He's looking them and thinking, "Okay, while there here living the Christian life for thirty or forty years or so, what happens in that 30 or 40 years is going to be with them forever." He sees that as enormous, compared to that tiny little speck of time while we're here on earth. So, His goodness always takes into account the big picture and the eternal picture.

Nate: I'm glad you mentioned the Old Testament, because I think there are a lot of people who hear that God says, "I'm good in all of my ways," but then they look back and they cynically say, "Oh, what about the Old Testament?" I think those same people would probably look at our modern world and say, "Well if God is so good, then why do bad things happen to people? Why are there natural disasters?" They ask why this or why that, to whatever seems to contradict the character of God. So, let's step back from a theological viewpoint, in a sense, and let's make it personal. Why are we so quick to accuse God when we suffer?

Steve: Let me just say first of all that the word you used earlier is the perfect word: "Cynically." People who don't take the time to really study what was happening in the Old Testament times, who just grab hold of something they've heard, like God ordering Saul to destroy all the Amalekites, that sort of thing. They just grab something like that, and in their humanistic version of mercy and goodness they think that God should be good to everyone all the time, not taking into account, like I said before, what people were suffering, and so on.

As far as individuals, especially Christians, why does the Lord allow bad things to happen? Why does He allow a Christian couple's child to die? Why does He allow a Christian man to get in a wreck and become paralyzed, for instance? Joni Eareckson Tada. Her life is a testimony to why He does it. That woman walks with God, and she is full of the Holy Spirit. And yet, she was a frivolous minded girl when she had that accident. She probably would have just ended up being a very mediocre Christian at best. But because of the suffering that she went through all the years of her life, she has affected a generation. So, how do you compare the two? Yes, it was horrible what she had to experience. If you've ever heard her story, the suffering is unbelievable. But the rewards in people’s lives! How many people were deeply affected by her? What about her overall effect on the thinking of the church? How do you compare? Those affects are eternal, and her sufferings have been temporal.

Nate: I really like the way you answered that question. What you did is you explained why God sometimes sovereignly moves to basically do something that He knows is good for us that we're not aware of. But sometimes, He hasn't acted yet, He's only threatened to act. He's warning people of what's coming if they keep going in a certain direction. And a lot of times, to be honest, it can be terrifying to hear His words. So, what would you say to us about those times when God really threatens us?

Steve: Again, that’s all mercy. I've said this before somewhere, but His justice system reminds me of the mandatory sentencing laws in the United States. If you have been convicted three times for instance, you go to prison for life. And other laws like that. God has established in His judicial system certain laws and certain consequences, that are just in effect. They're written in stone. After pouncing these laws, He comes in, let's say, more fluid-like in the Spirit, wanting to do mercy. He knows what the justice is going to be if this person continues down this path. That is immovable and that's what they're heading into. So, in His mercy He comes in with nothing but love trying to warn them to get them off of the path they're on. He's trying to protect His people from having to face that justice. It's all mercy.

Nate: What about when He, in a sense, steps it up, and actually actively starts opposing people?

Steve: Again, it’s all mercy. If you think of the Christian life as being straight and narrow, and as a narrow path, which it is, and when you start to veer off and go sideways, going astray and you're headed for disaster, He sees that and what does He do? In His mercy He stands right in front of you like a wall. He opposes what you're doing and the behavior that is taking you down that path. That is all mercy, again. It's all goodness.

Nate: I want to start wrapping up the interview. We asked your wife this, but I want to ask you as well. When it comes to your personal walk with God, why does God's attitude toward sin help you trust Him?

Steve: Because in my fifty years or so of knowing Him I see very clearly now, looking back, how He has dealt with me regarding my sin issues at times. And I have nothing but trust for Him because like I said, He wants to oppose me going down any wrong paths and He is concerned about my eternal well-being. What is not to trust there in that?

Nate: I appreciate the way you're talking about this, because we're trying to help people understand that even this side of God that is very uncomfortable to us is motivated by His goodness. I was thinking about the C.S. Lewis quote in the Chronicles of Narnia where one of the characters says about Aslan, "Well He's definitely not safe, but He's good." Today we've been looking at a side of God that shows that He's not safe to our flesh, but He's good to us. We're talking about it because in true Christianity, we have to see God and we have to serve Him as He is, rather than creating our own version of Him that fits our preferences. I want to get your take on this. Why is it, that seeing God as He truly is, is essential to walking in victory over sexual sin?

Steve: For one thing, we will stand before Him as He truly is. The narrative we have written in our own minds based on our own desires is largely a false narrative. Okay, we can deceive ourselves and lie to ourselves and try to make it into something that it isn't. But we're going to end up paying the price if we go down that path. So, knowing the Lord in reality, as He actually is, and reacting to Him as He actually is, is the only safe course. But if we do that, we will really come to know Him in His goodness.

Steve: Yeah, it was great. Thank you. 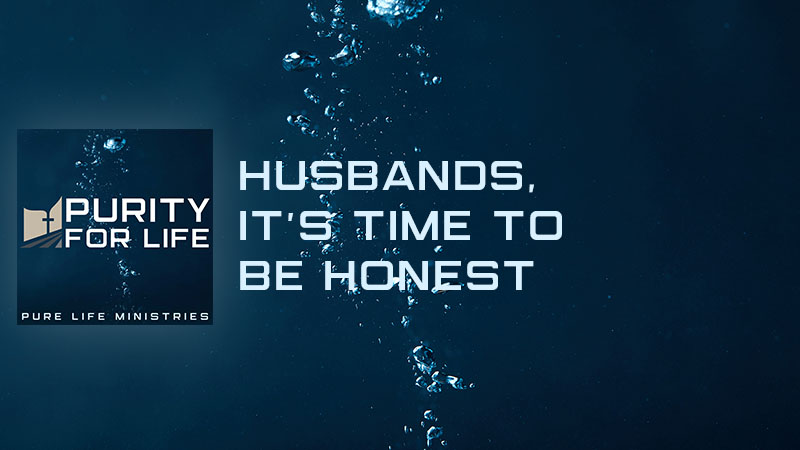 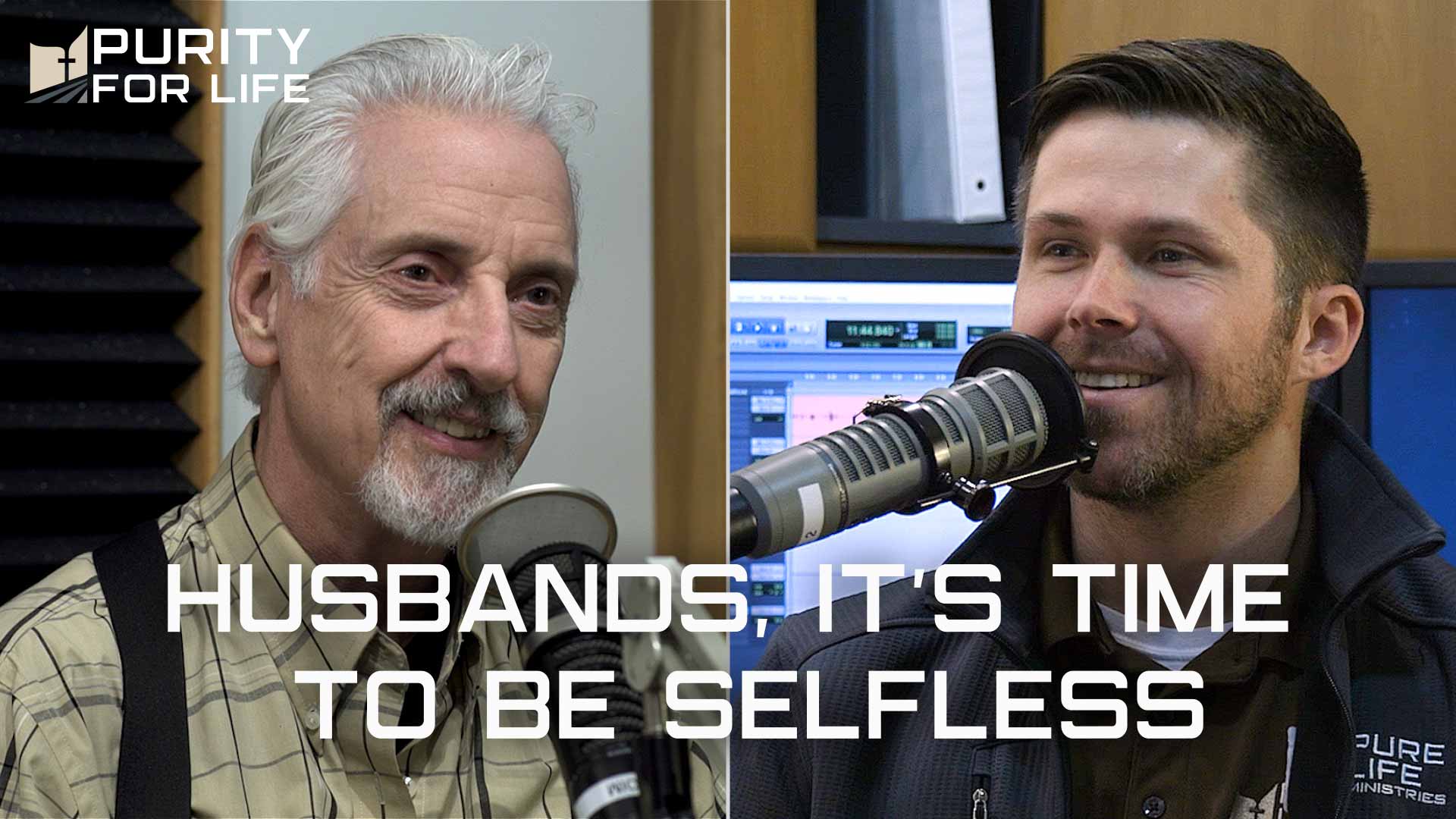 Husbands, It’s Time to Be Selfless
Purity For Life 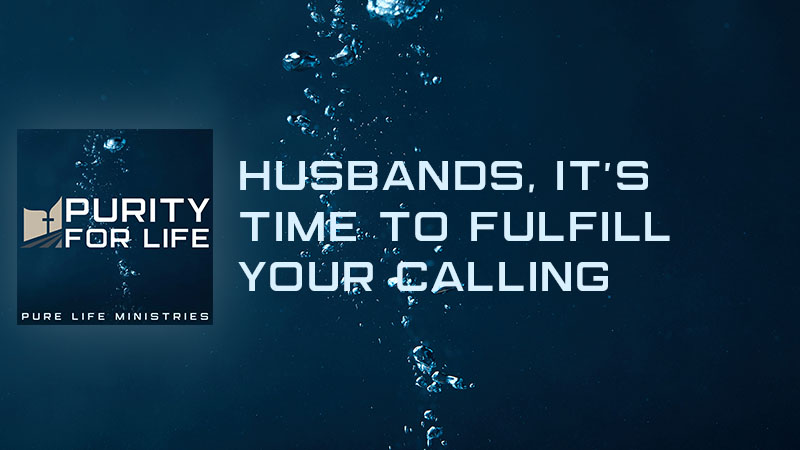 #459 - Husbands, It's Time to Fulfill Your Calling
Purity For Life 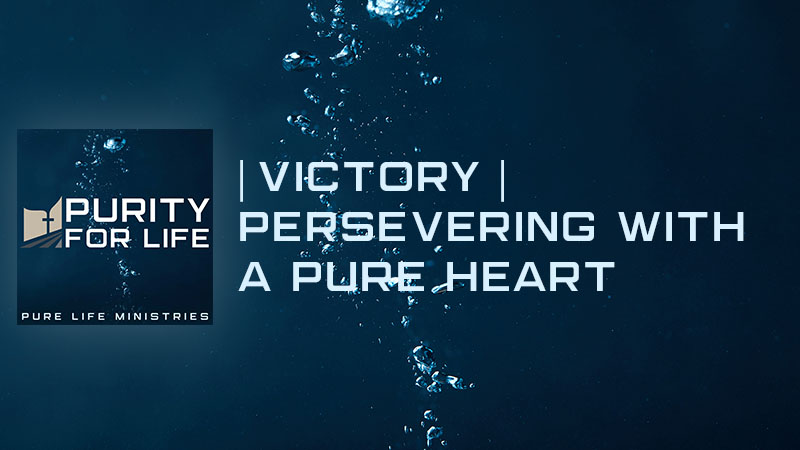 #454 - |Victory| Persevering with a Pure Heart
Purity For Life