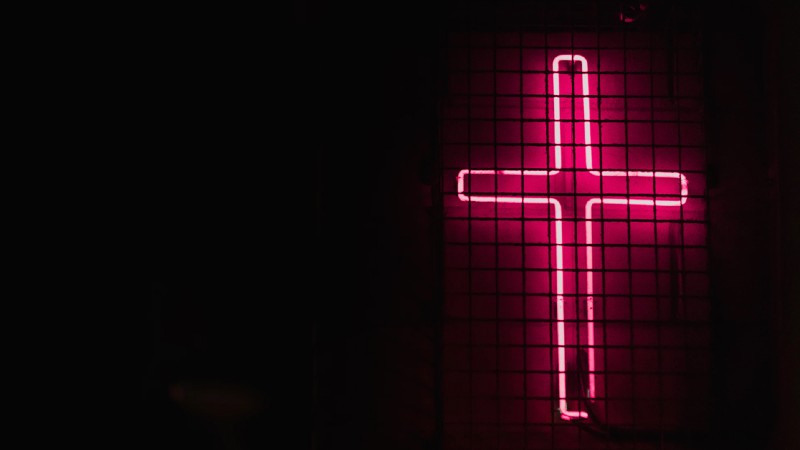 How is it possible that something so wicked as pornography has become so commonplace within the Church?

Television. Internet. Social media. Video games. Pornography. They have all become mainstays of our culture and have had a dramatic impact on the spiritual condition of the American Church. They also represent a lifestyle that is becoming increasingly self-focused, self-indulgent and self-deceived.

Jeremy Bentham (1748-1832) is considered by many to be the father of modern hedonism. Bentham promoted the philosophy that pleasure is the highest good and ultimate purpose of life—and the converse, that pain should be avoided at all cost. Interestingly, he was also a strong advocate for animal rights, the freedom of expression, the right to divorce, the abolition of punishment (including that of children) and the decriminalization of homosexuality. In short, much of the liberal agenda of our day can be traced back to his hedonistic philosophy of living to please oneself.

For the most part, the Evangelical Church has withstood the pressure to adopt his secondary pet philosophies. If we’re honest with ourselves, however, we would admit that when it comes to the pursuit of pleasure and the avoidance of suffering, there’s not much difference between believers and unbelievers. The typical evangelical will avoid blatant sins that would identify him with the unsaved, such as drinking and drugging, but the lust for the things of the world thrives within his heart just as heartily.

Bentham’s hedonistic way of life has become more prevalent with each new generation. For instance, the subject of conversation in a youth group today is more likely to revolve around “The Game of Thrones” or the Kardashians than any meaningful discussion of the things of God. And it is far more likely that selfies and Facebook postings will be shared than Bible verses.

How is all of this possible? It happens because it is effortless to indulge one’s natural desires. This can be seen in three facets of the human psyche.

The love of pleasure is not a new concept. First Century Epicureans advocated Bentham’s philosophy long before he arrived on the scene.

The Christian leaders of that time saw the hedonism of the Greek culture as a great threat to the Body of Christ. Nearly every book of the New Testament contains warnings about indulging the “lusts of the flesh.” The Greek term they employed (epithumia) often refers to sexual desires, but it can actually be used to describe one’s craving for any form of pleasure forbidden by the Lord. This craving, which emerges from one’s fallen nature, provides the energy that drives a person to go after his sin of choice.

<pull-quote>A flesh-pleasing lifestyle can quickly get out of hand, because the more a man attempts to satisfy the passion for sin, the less satisfied he becomes.<pull-quote><tweet-link>Tweet This<tweet-link>

Modern believers now face a level of temptation First Century Christians could never have imagined. The prosperity we enjoy and the technological advances of our age have put nearly any desire within reach.

Such a flesh-pleasing lifestyle can quickly get out of hand, because the more a man attempts to satisfy the passion for sin, the less satisfied he becomes. In fact, the more that man pursues sin, the more inflamed his inward lust will become.

This always-demanding-never-satisfied characteristic of lust can drive a person into a state of near insanity. As millions have discovered, the ever-driving lust for pleasure cannot be placated.

A hedonistic mindset can end up in only one place: a person who sees himself as the center of his universe. In his desire to escape hell (a motive not unlike the avoidance of other forms of suffering), such a person might be willing to incorporate a few particular biblical commandments into his life, but his heart remains unchanged and unconquered. As long as “Self” remains enthroned within, he will continue to live as a committed hedonist.

This way of living can quickly hollow out a person from the more meaningful things of life. The more he goes to the empty cisterns of this world to seek pleasure, the emptier he becomes.

Solomon is an example of someone who forfeited his walk with God for the pursuit of pleasure. At the end of his life, he would write, “I thought to myself, ‘Come now, I will try self-indulgent pleasure to see if it is worthwhile.’ But I found that it also is futile. I said of partying, ‘It is folly,’ and of self-indulgent pleasure, ‘It accomplishes nothing!’” (Ecclesiastes 2:1-2 NET)

<pull-quote>Since they see themselves as the center of everything, the things and experiences they desire move beyond the realm of desire into that of necessity.<pull-quote><tweet-link>Tweet This<tweet-link>

I understand pleasure’s emptiness from personal experience. I spent many of my first thirty years of life driven by lust and living for Self. My sole purpose in life was to have everything I wanted and to gratify my insatiable lust for pleasure.

In the same way that such a lust-driven life is constantly being impelled with an ever greater force to find satisfaction, it also makes the person increasingly selfish. I can remember all too well how I demanded that everything go my way in life. I wanted what I wanted, when I wanted it—and if anyone stood in my way—I became irritated or even angry.

But the more I got what I desired and the more things went the way I wanted them to go, the more miserable I became. The more I gave the beast of Self what it demanded, the greater it became within me.

This is where hedonism takes people. Since they see themselves as the center of everything, the things and experiences they desire move beyond the realm of desire into that of necessity. Once a person becomes addicted to pleasure, it is increasingly difficult—especially in our culture—to find contentment in the things of God.

At the heart of hedonism is the life of sense: “If it feels good, it must be right!” For the hedonistic Christian, one’s feelings determine everything. If he feels like obeying God, he obeys Him. If he doesn’t feel like it, he doesn’t do it. Obedience then becomes a matter of subjective convenience and choice—all revolving around how he feels at the moment.

One modern writer expressed the inward conviction of the typical hedonist this way: “My feelings determine my choices. I accept only what makes me feel good, happy, comfortable, excited, and so on. I reject what disturbs or troubles me, or is too demanding or difficult, or threatens my personal pleasure. I also reject whatever has ceased to thrill me. I reject what is boring.”(1) No wonder heartfelt submission to God is so rarely seen in our churches!

<pull-quote>At the heart of hedonism is the life of sense: "If it feels good, it must be right!"<pull-quote><tweet-link>Tweet This<tweet-link>

And herein lies the primary reason why Christian men have no strength to withstand sexual temptation. Since their feelings are given preeminent place in their lives, they find that they do not have the spiritual wherewithal to withstand temptations when they appear.

One of the first things we teach the men who come to the nine-month Pure Life Ministries Residential Program is that they must escape this feelings-driven way of life. Until they make a resolute decision that obedience to God and submission to His will are going to establish the course of their lives, they will never get free of an addiction to sexual pleasure.

We also dispel the assumption they arrive with that after they complete the program they will simply return to the same lifestyle they had before coming—only without the sexual sin and its consequences, of course. However, it doesn’t take them long to understand that the hedonistic lifestyle they led before arriving on our campus is what allowed their addiction to flourish in the first place. That lifestyle must change before the power of the addiction can be broken.

My wife was recently asked by a denominational magazine to submit an article about what the wives of sexual addicts experience. I appreciated the fact that they were devoting an entire issue of their publication to the issue of pornography in the Church. The denomination president even wrote a moving piece about how spiritually devastated he had been as an adolescent when he first encountered pornography.

I was anxious to see what kind of answers their articles would offer to those addicted to pornography. I was disheartened—but certainly not surprised—to find that the only answers they had to offer were accountability and an internet filter. These have become the stock answers the Church offers to hopeless souls.

<pull-quote>...the power to break the hold of sin only comes from true intimacy with God—the kind of nearness to the Lord that comes from a vibrant devotional life and a consecrated life<pull-quote><tweet-link>Tweet This<tweet-link>

These are certainly helpful tools as one battles his way out of addiction, but they do not address the underlying problem. Where is the heartfelt call to true, life-changing repentance? When will we hear the kind of earnest appeals to holy living that stir the soul to live a more noble life? Why can’t Christian leaders understand that the power to break the hold of sin only comes from true intimacy with God—the kind of nearness to the Lord that comes from a vibrant devotional life and a consecrated life?

I fear that pornography usage will not only continue but become increasingly more accepted in the Evangelical Church. As long as Christians remain committed to the great god Pleasure, its various forms will be welcomed and the demands of self-denial made by Jesus will be rejected.

I fear we have passed the point of no return. We’re addicted to pleasure and happy to have it so. 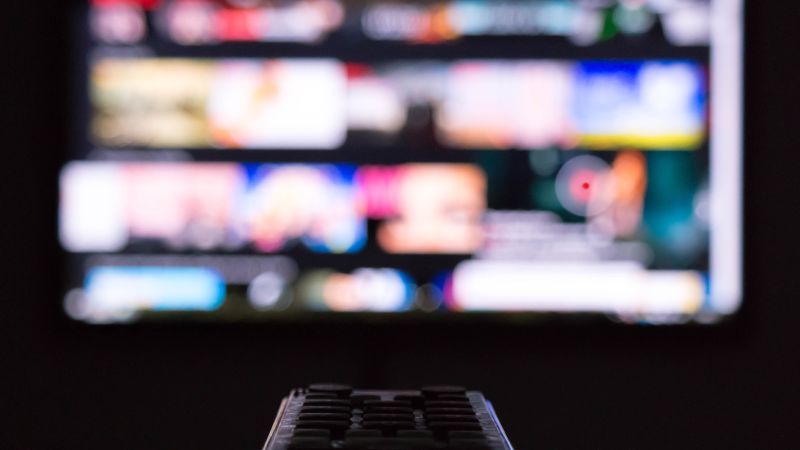 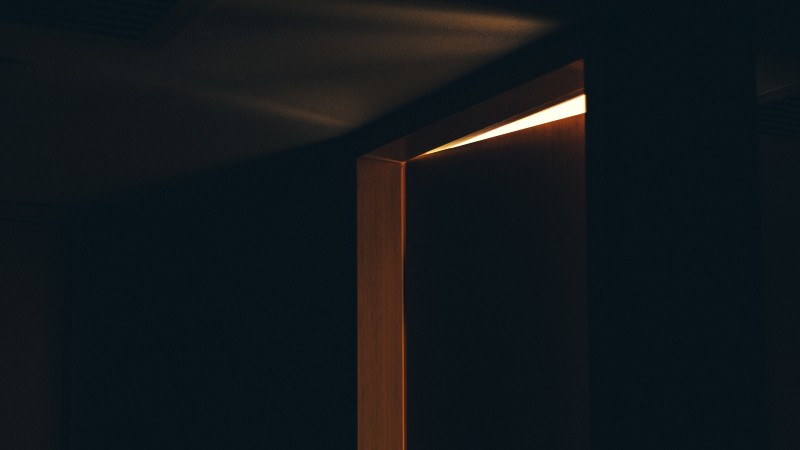 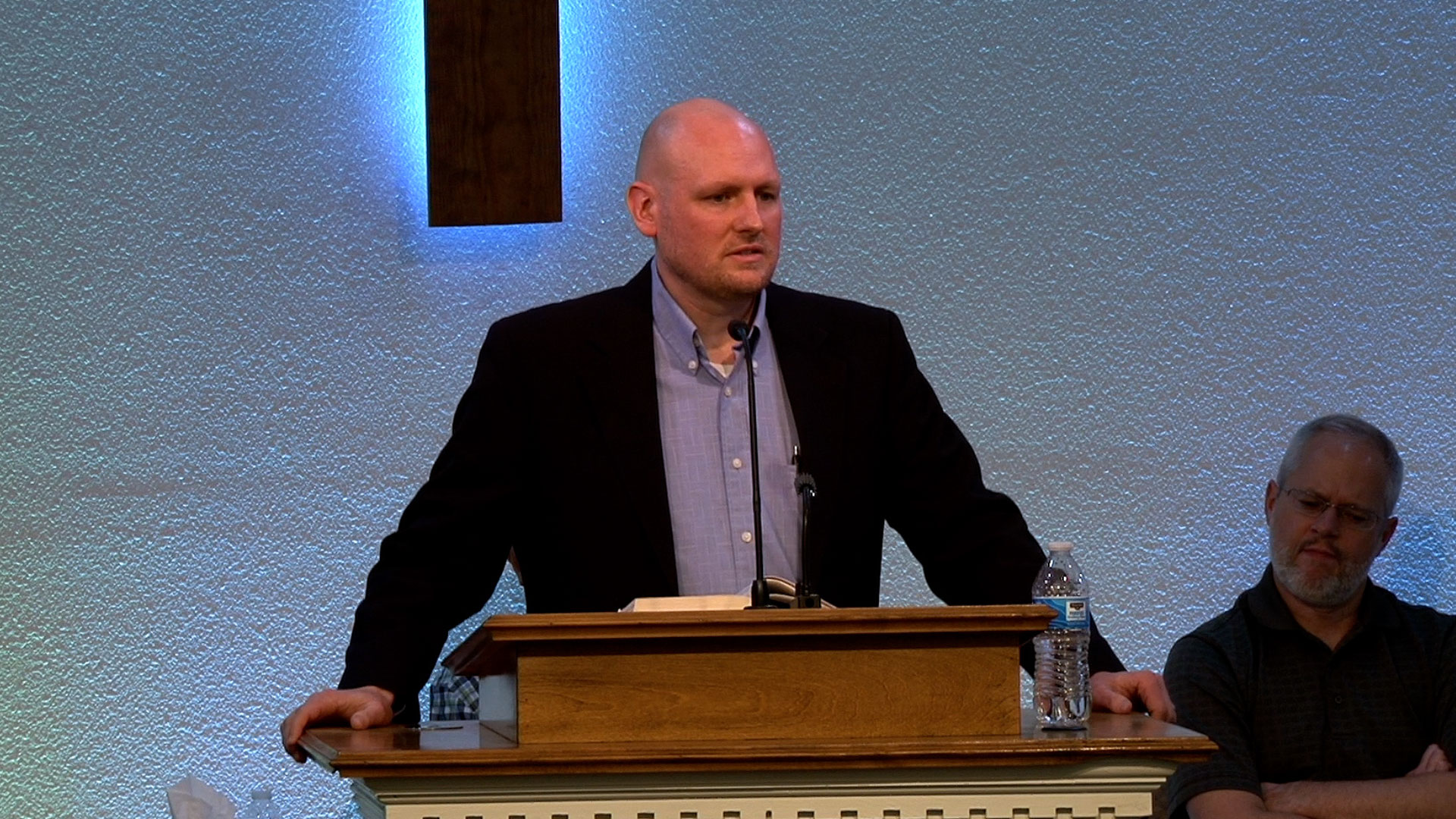 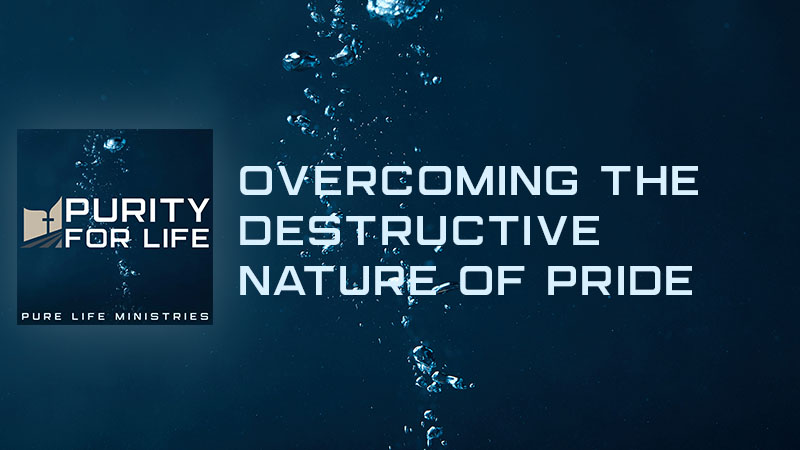