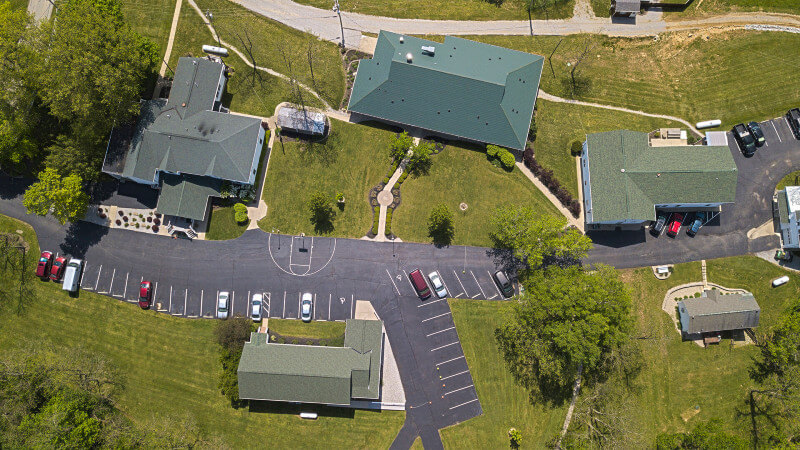 One of our main goals as staff is to create a godly atmosphere on our 45 acre property in Northern Kentucky that allows the men in our residential program to come and meet with Jesus. They work during their time here to support themselves financially, and at the end of a hard day, they need to be able to come to a place that is clean, free of sensuality and worldliness and focused on making Christ the center.

One of the ways we do this is by excluding entertainment from our students and limiting and strictly guarding it in our own lives as staff. But we also seek the Lord’s spiritual protection. Hours are spent every week bathing the ministry in prayer and asking God to be the leader of this ministry and not men.

Recently as part of our parenting series on Purity for Life, we discussed some of the benefits this atmosphere has in the lives of our students with senior counselor Ken Larkin. If you are considering coming to our residential program, then I hope what he has to say will convince you that part of why you are more likely to find freedom here than by staying at home is because of the spiritual atmosphere provided here.

Nate: Ken, you've been at Pure Life for about 15 years now and things have come, and things have gone, as far as the particulars of the community that we have here and the culture of our community. But what I want to talk with you about today is some of the things that we do to foster a godly atmosphere at Pure Life’s Residential Program. We can use the phrase "godly atmosphere" easily because we know what that means, but I want to give people some concrete examples of what we mean by Godly atmosphere. First off I'd just like to ask you, what is it like for you personally, to live in the presence of the Lord like we do here a Pure Life.

Ken: I would say, Nate, it's awesome, you know, to live in this environment, it's such a blessing because this place is bathed prayer and we focus on the Word of God. And it provides an atmosphere that's conducive to seeking the Lord. And with that, you know, the fear of the Lord is in the atmosphere, there's a natural conviction for sin, but also with that, unity in the community and mutual love and support. It fosters you know, the idea of wanting to live in the light, encouraging you to live in the light and repent when you fall short. The other thing that’s a real blessing with this atmosphere is it's a sanctuary where you... you're free from the contamination of the world, from all the worldly influences; you can just come home and be at rest.

Nate: One thing I've often talked about living out at peaceful Lane is you go out into the world and you're fighting, but then you come home and there's peace. The battle is like removed in a sense because there's not internet at the house. There's not t.v. and radio and all of these worldly atmospheres that you're having to fight against what they're trying to tell you and the atmosphere they want to bring into the house. So it's like a clean environment to come home to.

I want to approach the next question from a couple angles because when you're establishing a godly atmosphere, I think there's 2 parts of it. Number one is there are very practical things that have to be established. And then there's also the spiritual motivations. Patrick and I, when we were talking about this, what we didn't want to communicate is that it's just all about rules. Like now suddenly I've got to have this prison-like atmosphere at home in order for it to be a “godly atmosphere.” From your perspective, what is the heart? What's the motivation behind making this place a clean, spiritual, godly atmosphere for the students?

Ken: Well, if nothing else, it provides an environment where they can get the help they need. Like I said before, it’s the idea of an atmosphere where you feel safe to bring all your stuff out into the open. And we provide an atmosphere that's conducive to seeking the Lord and fostering a relationship with the Lord that's so hard when you're living out in the world when you're already in bondage to sin and you're trying to come out of that.

Nate: So it's really... the motivation, then, is all about helping. Is it ever hard to explain to a counselee “we're doing this for your own good, we're not just trying to beat up on you or punish you; we're trying to help.”?

Ken: Yeah for sure, because any time limitations are put on someone's flesh, and they are used to having their own way, suddenly there's an all-out war against that. So, you know, dispelling the lie of the enemy—that what you're giving up is the real important thing—and realizing that what you're going to gain in your relationship with Christ is infinitely greater than anything you have to give up to have that relationship.

Nate: Yeah, Yeah, that's good. What would you say are the benefits for our students? Like, what do you see developing in our students' lives and their hearts?

Ken: I would say 1st of all just a true knowledge of God is developed within them. They develop personal convictions of what's right and wrong. So they're not gaining that from their culture or even what someone else says. And that conviction as part of their faith will give them the strength to live out what they believe in. It's not someone else's faith now, but this is my faith that I can live out in this culture.

Nate: I mean, Pastor Steve has told us, even on staff, time and time again, that discernment about things is developed as you separate yourself from them, not as you indulge in them.

Ken: Yeah, there has to be an alternative because otherwise they're left to our culture and even worldly, church-minded people that really don't live any different from the culture around us.

Nate: We run a Residential Program and so there are certain things that have to be in place here that you couldn't recreate at home. How do you try to impart to people that the core ideas of separation from the world isn't about a program, but it's about living true Christianity?

Ken: Whether you're in a program or at home, you still need to learn to separate yourself from the world, to avoid ungodly media, too much screen time in general; whether it's music, whether it's sports, entertainment, movies. And have that family altar, you know. The parents should be modeling the fact that they prioritize their own relationship with the Lord. Spending quality time in the Word and prayer, making it part of the family culture that they go to meetings together, go to church together, maybe have a family altar where they can do something simple—especially younger children—at least expose them to the Word of God and prayer.

Nate: None of us should ever put something on other people that we're not willing to do ourselves. At least the principle behind it, like you were saying; none of us should say, "well, you can't watch those movies, but I can." That doesn't, that doesn't make any sense... but it is true to some extent. There are certain things a kid can't do that an adult can do. But it shouldn't be this thing of, "I have the liberty to indulge myself in the world, but you can't because you're a Kid."

Ken: Yeah, the consecration level doesn't change, though the content may change.

Nate: Yeah, that's good. That's what we have to do as, as staff, there are things that we would do, for instance, we only allow the students to go to Wal-Mart once a week, well I might go through or 4 times. But that doesn't mean that the spirit, then, is just I do whatever I want whenever I want because I can. 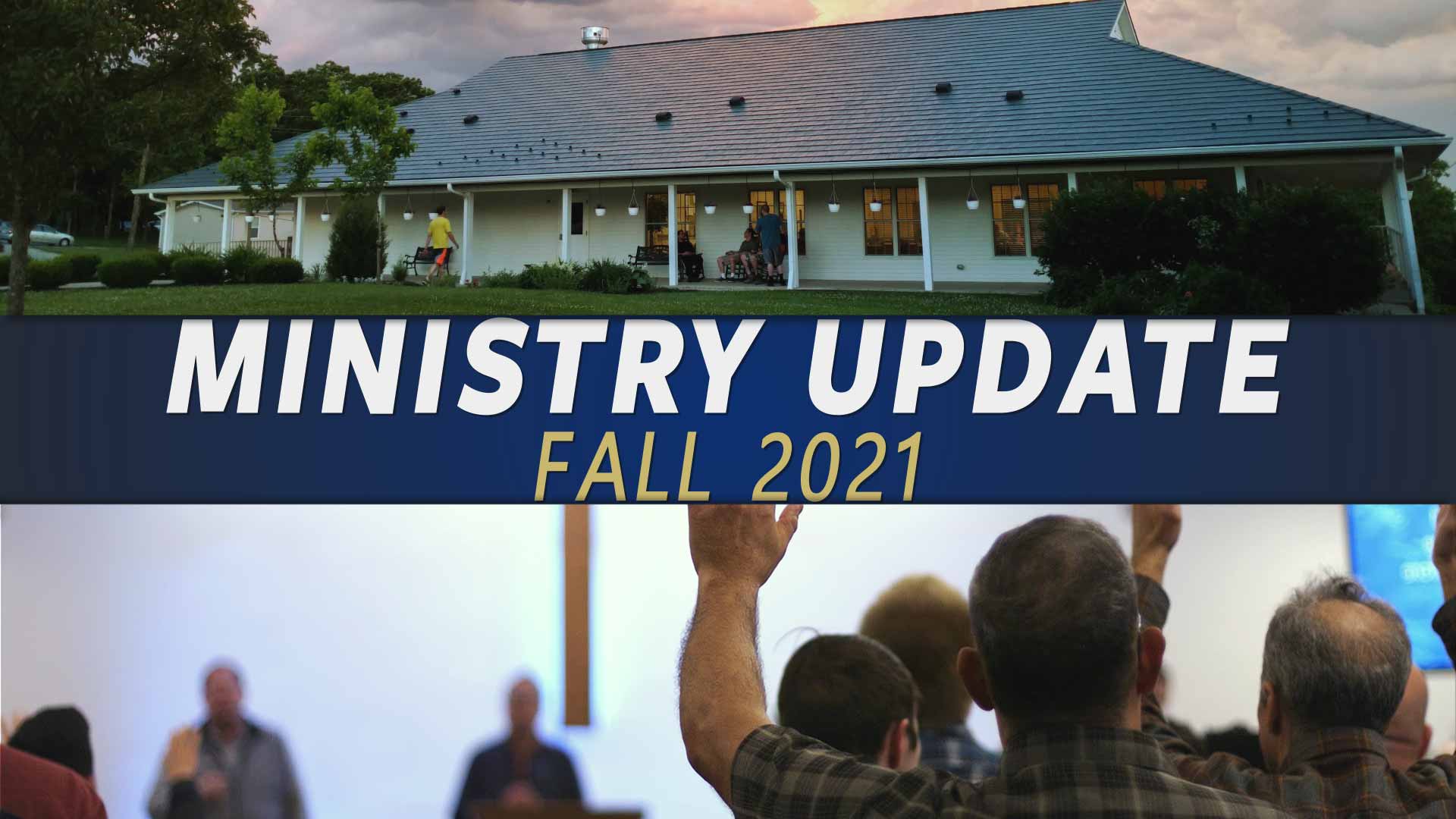 Testimonies of Freedom from Anxiety, Fear and Lust
Purity For Life 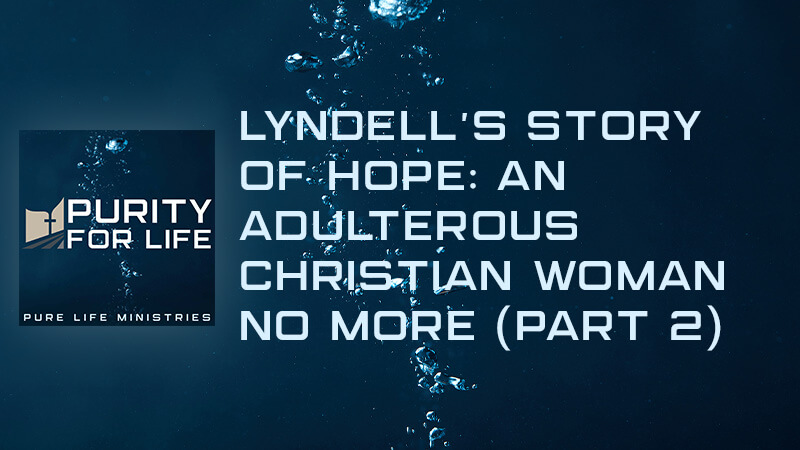 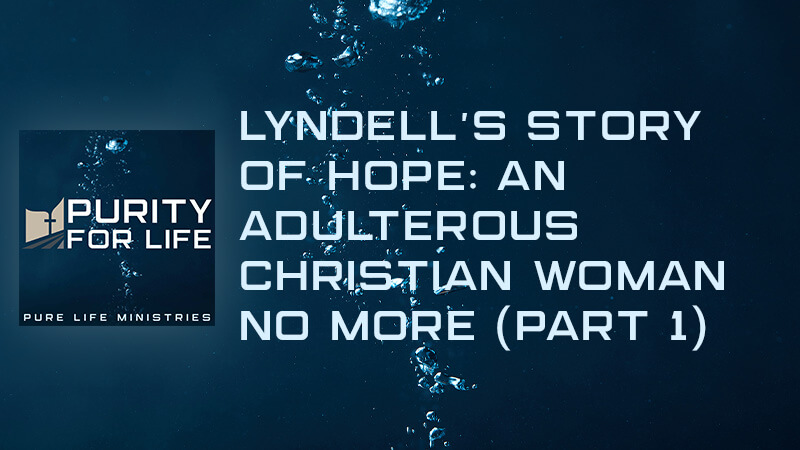