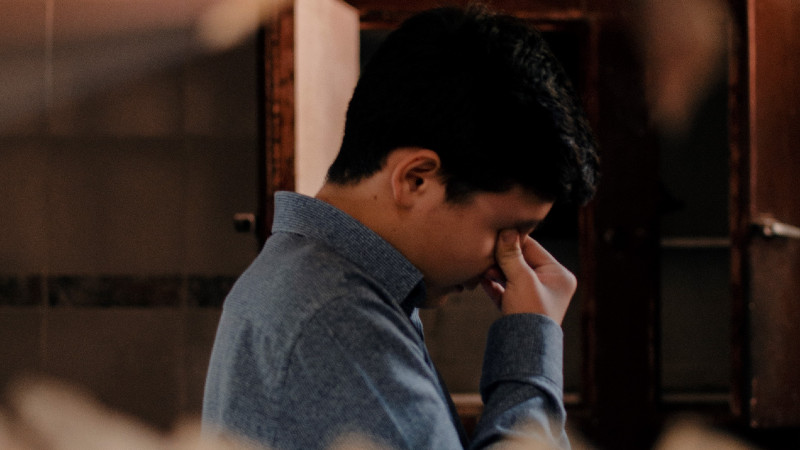 The Spiral of Degradation (Part 2)

Click here to check out "The Spiral of Degradation (Part 1)"

Nate: Let’s begin this part of our discussion by talking about the third step in the spiral of degradation which is the suppression of truth? What are some ways that people to suppress the truth?

Ken: In Romans 1:23 it says that the people who began suppressing the truth did so by exchanging the truth of God for a lie and that they began to worship and serve the creature rather than the creator. So, it's not just the idea that you're suppressing the truth, but you're replacing it with a lie. That's an important distinction. I've counseled men in sexual sin for 14 years, and it’s unbelievable that most of the men that come into our program have an exaggerated sense of their own spirituality when they first arrive. They often say things like, “I'm walking with God, but I just have this one little problem.”
Meanwhile, their whole inside world is filled with lust and perversion. You see, they’ve compartmentalized this one aspect of their lives as being the problem without realizing that their whole heart and their whole character is moving away from God. Overall, their issue with sexual sin is just the fruit of a life that's not right with God. So when it comes to suppressing the truth, maybe the Holy Spirit has been dealing with them for years about how they have been living and they've silenced His voice and somehow justified or minimized their sin. They may lie to themselves and think that it's not a big deal or that they’re like everyone else. Meanwhile these lies that they are buying into are just enabling them to continue down the spiral.

Nate: I can think of some of the ways that people suppress the truth. We can easily choose to suppress the truth whenever we feel guilt or shame. We can tell ourselves, “Well, everybody does this.” Or “I'm just human and God doesn't expect me to be perfect.” Or maybe we find someone who will coddle us in our sin. I remember one time when somebody confronted me in my sin and said, “You're not a victim.” I had been telling myself I was a victim, and it was that truth that really cut through and helped me realize that that victim mentality had been enabling me to continue living in sin.
There are so many ways that we can suppress the truth. We can distract ourselves and throw ourselves into a hobby or the pursuit of pleasure. Some people when they realize that they are addicted to something decide to exchange one addiction for another and suddenly they're all into weightlifting or self-improvement. There are just so many ways that we can keep ourselves from acknowledging when our life is a wreck.

Ken: Yeah. And I would say another thing is that a lot of people that come to us for help come from ministry backgrounds. That makes it easy for them to dismiss their actions by saying, “I'm working for the Lord. I'm not doing good in this area, but look at all of the good that I am doing over here.” In their mind, somehow their wrong behavior is balanced out by other good things that they are doing. But it's not true. Just because you're doing the right thing in one area doesn’t mean that all of sudden your sinful behavior is okay.

<pull-quote>Just because you're doing the right thing in one area doesn’t mean that all of sudden your sinful behavior is okay.<pull-quote><tweet-link>TweetThis<tweet-link>

Nate: Let’s move on to the next part of the Spiral of Degradation. Steps four, five and six in the spiral of degradation all have the common denominator of being given over. It starts by being given over to the lust of the heart, then given over to degrading passions and then given over to a depraved mind. So, you can definitely see that a person is being progressively given over, further on and further down. I'd like for you to talk about this term given over, because I don't think it's really clear just from the outset what that even means. What does it mean in the Bible when God gives someone over?

Ken: Well, it's interesting. The word paradidomi in the Greek has the idea of handing one over to an enemy. But in the case of the Spiral of Degradation, it's not so much that God just hands someone over, it's more of the idea that He withdraws His protection. So now you're undefended and you have an enemy out there that wants to kill, steal and destroy and you're basically defenseless. I think it’s easy to forget how much God's grace keeps us from sin.
The other aspect is not so much that He's just throwing you to the wolves, but He's withdrawing His restraining influence - the grace of God that keeps you from sin. You've rejected it so often that God is slowly withdrawing His presence and now you're left to fend for yourself. And you've already given yourself over to a particular sin and shown you've wanted it. So, God gives you what you want and you're helpless in yourself to defend it.

Nate: So then, can you describe steps four, five, and six of the Spiral of Degradation? What would it look like to be given over first to the lust of our heart, then to degrading passions, and then to a depraved mind?

Ken: The idea of being given over to the lust of the heart is interesting. I like the Scripture in James 1:14 where it talks about how each man is tempted and carried away or enticed by his own lust. It's the idea that we've seen played out a lot where someone might start out indulging in a certain sinful behavior, but there's still some sense of morality or a semblance of knowing what's right and what's wrong. But when they do give in to sin, they are being drawn away by their own lust. They’re enticed. It's like they're carried away to an alternate state where they're in a trance and morality flies out the window. Then they're given over to the point where they would begin to consider and do things they never would have considered doing before.
Maybe someone crosses the line where in the past they were only acting out with the opposite sex, but now in this lust, they don't care how they fulfill their lust. Suddenly they may begin dabbling into fantasies about the same sex or even begin acting out with people of the same sex. They just start crossing lines and God has given them over to that. Basically, their whole life is starting to revolve around this sin and again, going back to the law of diminishing returns, after a while one begins to be so depraved that morality doesn't matter. Consequences don't matter in this altered state. Whether they're hurting other people – their friends, their family, their children – none of that matters. The only thing that matters is how are they going to fulfill their lust, and they're totally given over to it.

<pull-quote>The only thing that matters is how are they going to fulfill their lust, and they're totally given over to it.<pull-quote><tweet-link>TweetThis<tweet-link>

Nate: Yeah. So, then you kind of see that if you're given over to the lust of the heart and you don't repent, that's just going to perpetuate this cycle where then now you're going further and you’re being given over to degrading passions. You explained that a bit already. Is there anything else you would say about degrading passions?

Ken: Yeah. We can go back to talking about the restraint of God. For example, when someone is being given over to lust in their heart, maybe in that step, they weren't crossing lines as far as acting out in a particular sin. But now they're given over where God's restraint is being lifted and His grace and they're basically left to their sin. And we become a slave to what we obey. So, they’re becoming addicted and enslaved to their behavior and now they're probably crossing lines and acting out indiscriminately with other people, because morally to them it doesn't matter anymore.
And one of the scary things is that a person becomes less and less aware of this pattern. They can get to the point where they don't even realize that their heart's becoming darker because they're getting more and more deceived, more and more depraved, and they love to have it that way. So, they are just given over more and more within. 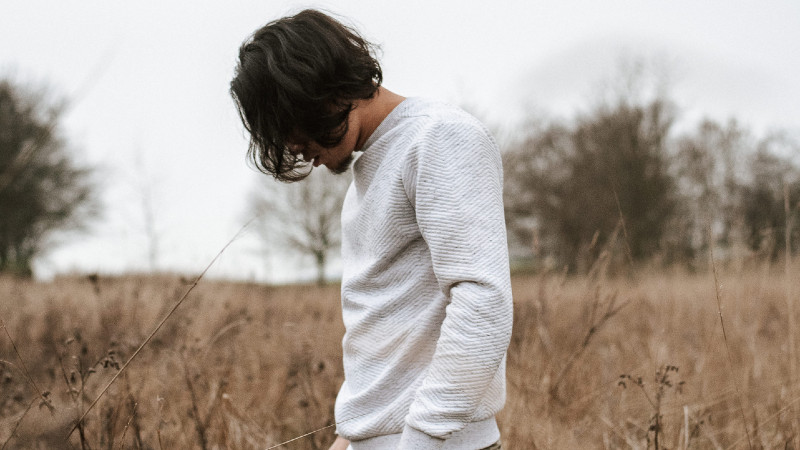 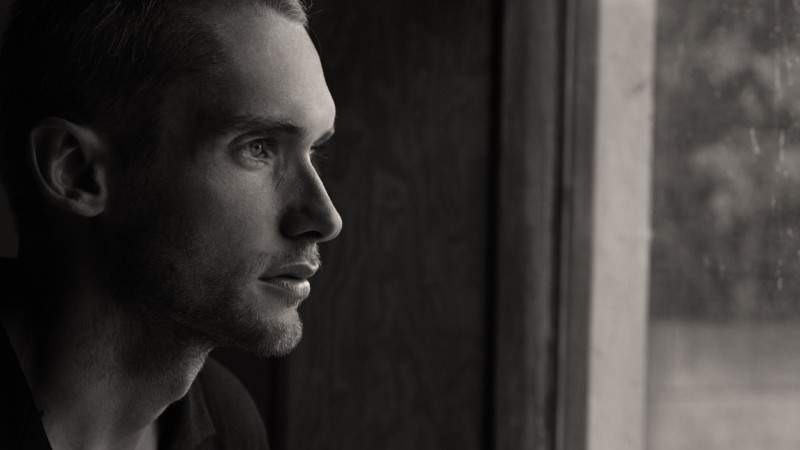 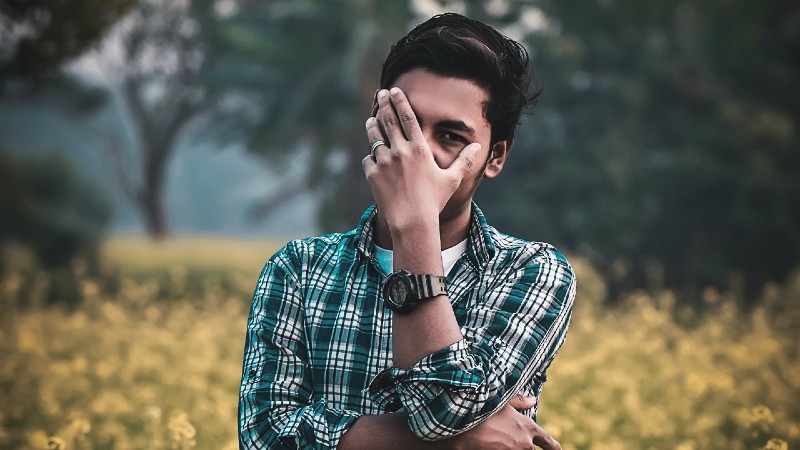 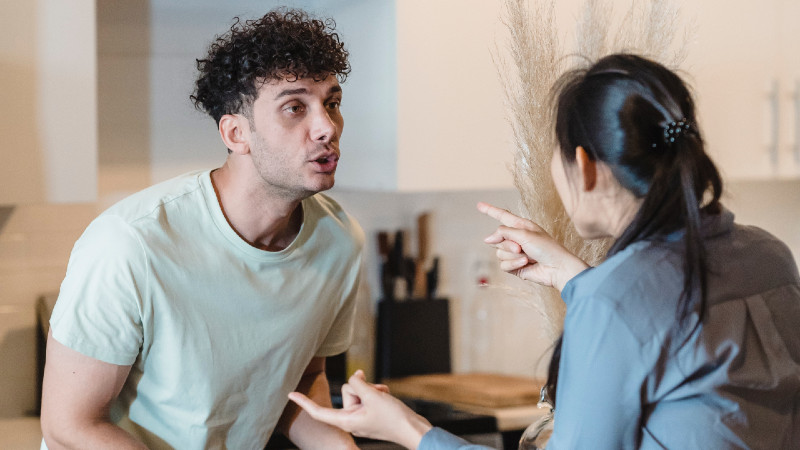 Is My Sin My Wife's Fault?
Pure Life Ministries