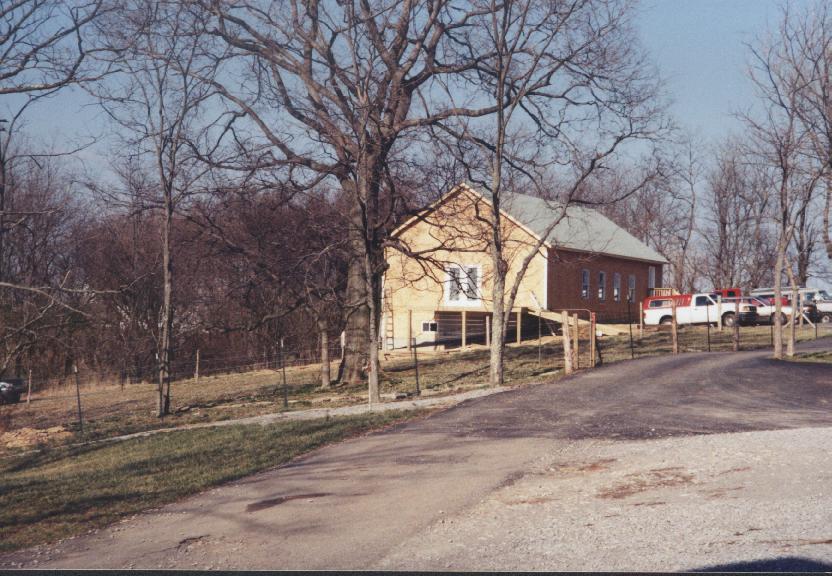 During the decade of the 70’s, a virtual flood of filth invaded the lives of average Americans through the sudden emergence of adult entertainment. One of its victims was a young man named Steve Gallagher who became terribly addicted to pornography and the many other forms of sexual sin that so often accompany it—a secret lifestyle he kept hidden from his new wife Kathy.

In 1981 Steve joined the Los Angeles Sheriff’s Department, but within two years his sexual addiction was so out of control that Kathy left him. Their lives would begin to take a drastic turn several weeks later when he put a gun to his head, ready to end it all. The Lord intervened that day, and began to restore their marriage and give them each a newfound passion for God.

Eventually, Steve felt called by God to go into ministry. He left the Sheriff’s Department and entered a two-year Bible school in Sacramento. At this point, pornography and sexual addiction were spreading rapidly throughout the evangelical population—a fact that few Church leaders grasped. It was during Steve’s time in Bible school in 1986, that the Lord laid a burden on his heart to begin a ministry to men in sexual sin—something that was unheard of at the time.

Pure Life Ministries began as a support group and ministered under the umbrella of Capital Christian Center in Sacramento. During this period, Steve began sharing his testimony on many local radio and television programs. He also published the first version of At the Altar of Sexual Idolatry, which would later become the Ministry's flagship book.

Within the next two years, the Church was rocked by the scandals of two nationally-known Christian personalities—Jim Bakker and Jimmy Swaggart. As a result, Steve found himself sought after as a guest on Oprah, The 700 Club, Focus on the Family, 48 Hours with Dan Rather and many other radio and television shows across the country.It was an exciting time for Steve and Kathy as doors seemed to be opening in every direction. The Lord was expanding the vision for Pure Life Ministries.

In 1989, buried under a landslide of phone calls and national interest, the Gallaghers sold everything they owned, loaded up an 18-foot motor home and embarked on a nine month, cross-country speaking tour to promote the ministry.

The need for a solid biblical solution to sexual addiction was even greater than the young couple had imagined. The public scandals of Bakker and Swaggart had brought the unforeseen consequences of the sexual revolution of the 1960’s into the public eye. Suddenly sexual addiction became a household issue which more and more people were seeking help for.

The need turned out to be overwhelming. It became obvious to the young couple that the Lord was calling them to provide a level of care to sexual addicts that could not be achieved through a support group. In order to meet the growing need, the Gallaghers felt led to purchase a home in the Northern Kentucky area, which would function as a residential program for men in sexual sin.

In January 1990, six men moved into the Gallaghers’ small yellow house in Crittenden, Kentucky, officially opening the Pure Life Ministries Residential Program. This marked the beginning of a new era for Steve and Kathy. The focus began to shift away from a ministry to faceless thousands via radio and television, to a ministry that concentrated on the extreme needs of the individuals coming to them for help.

As they began to become intimately involved in people’s struggles, they came to realize their great need for a deeper work in their own lives. The focus for them and their modest staff over the next ten years was to seek God with all their hearts. A fresh sight of the Cross brought deeper repentance and a desire to live in the consecration of what Jesus described as “the narrow path.” They also learned how to love others as Jesus did—by meeting their needs.

By the end of the 90's, the Residential Program had moved to a new 45-acre location, and a phone counseling program called Overcomers-At-Home (OCAH) was now ministering to men who were unable to relocate to Kentucky for 7-9 months. Help through telephone counseling was also made available to hurting wives.

It was at this time that Steve began to realize that an increasing degree of worldliness and carnality in the Church was creating a self-centered culture. He began to write with urgency, authoring Intoxicated with Babylon, Irresistible to God and Living in Victory.

By 2001, several new buildings had been added to the Ministry's campus, increasing the maximum capacity of the Residential Program to 35 students. This expansion, combined with Steve's increasing influence, came just in time to help meet the escalation of sexual sin due to the internet. Christian men, now faced with easy access to obscene material, were being caught up in pornography in record numbers. The problem was skyrocketing in the Body of Christ. In response, Steve spent the next decade crisscrossing the nation and traveling abroad to call people into repentance from impurity and worldliness.

With the epidemic of the pornography problem, Pure Life Ministries worked diligently to meet the growing needs. The staff continued to grow, and new dormitory expansions allowed the residential facility to house up to 55 students by the mid-2000s, until reaching its current capacity of 74. Additionally, the telephone counseling programs regularly ministered to nearly 50 people each week.

And yet, despite the pressures that came through the years of rapid growth, one thing remained the center of this work: the presence of God and the desire to embrace the Cross.

Today, the staff continues to do their utmost to maintain a balance between working tirelessly to help meet this great need in the Church while simultaneously maintaining the presence of the Holy Spirit.

The heart of Pure Life Ministries remains consistent to its beginnings: to lead people struggling with sexual sin into an encounter with Jesus Christ and the freedom He purchased for them at the Cross.